Joanna Millan - How I survived the Holocaust 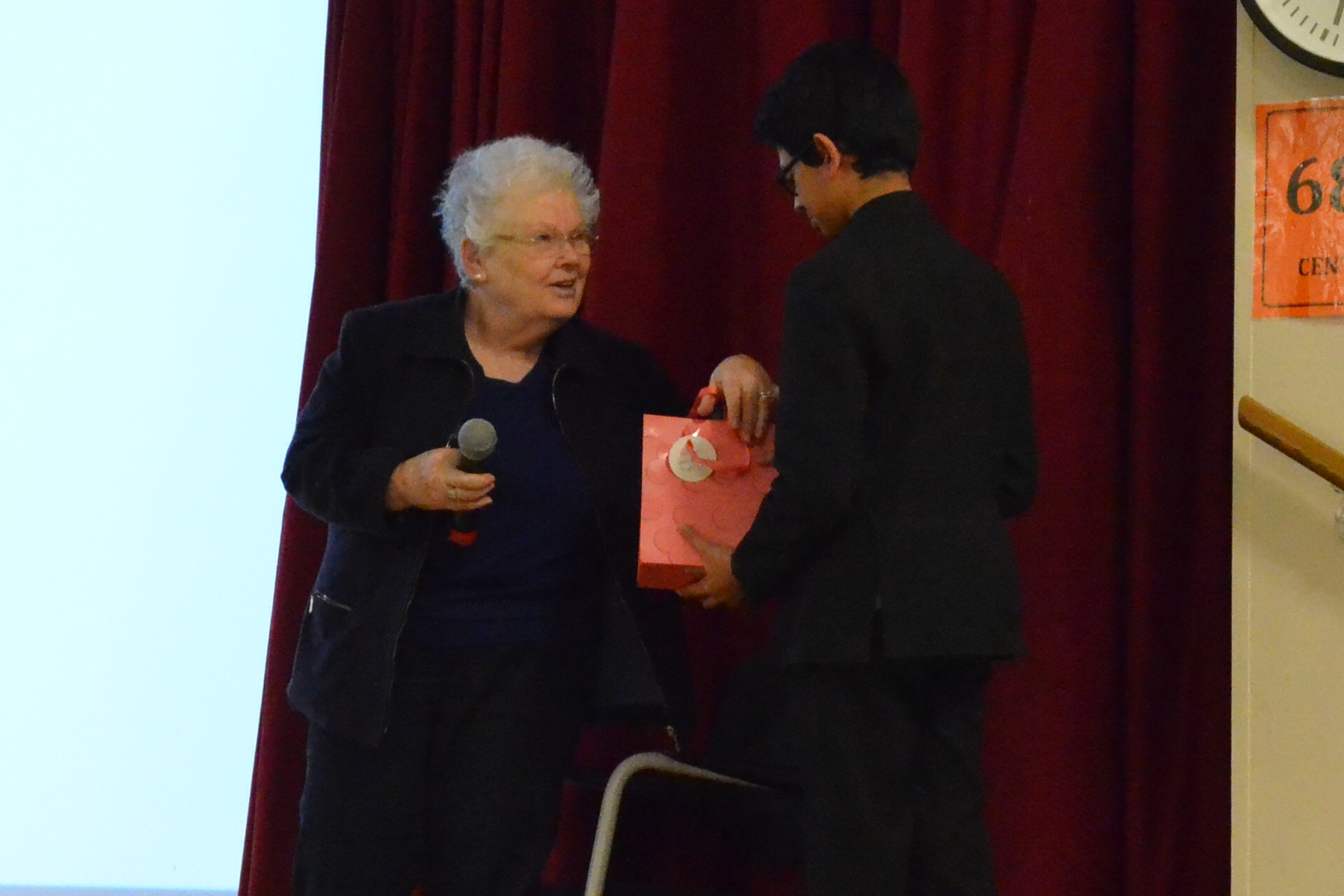 Before half term, students in Year 9 had the privilege of listening to Joanna Millan outline her story of how she survived the Holocaust as a small child.  Born to German Jewish parents in Berlin, Joanna was originally named Bela.  In 1943, her father was sent to Auschwitz and murdered on arrival.   Later the same year, Bela and her mother were sent to a camp north of Prague.  In 1944 her mother died, leaving Bela orphaned at just 18 months old.  She was able to survive as part of a small group of orphaned children who looked out for one another.  They were fed by women who stole vegetables from the garden to feed them.  In May 1945, the Red Cross took control of the camp, and the Soviets then liberated the prisoners held there. Bela was flown to England where she lived in a children’s home before being adopted by Jewish parents, who changed her name to ‘Joanna’.  Joanna has done a huge amount of research into the history of her family since the fall of Communism in eastern Europe, and was amazed to find that she had surviving relatives across the world.  Her story was particularly powerful as she used the original documents she discovered through extensive research to bring alive her powerful testimony. Joanna also encouraged pupils to relate the horrific experiences of suffering at the hands of the Nazis to the suffering and atrocities that are taking place across the world today.